Contek was engaged by Moreland City Council to carry out the expansion and reconstruction of wetland at Jones Park, Brunswick East.

The existing wetland had deteriorated from its original condition and was overrun with invasive plants and weeds. The stormwater connection functioning as the wetland outlet, was prone to backflow in heavy rain events, causing localized flooding in the surrounding streets.

Contek was charged with excavating and expanding the basin area, placing a water tight clay capping layer, top soiling and planting. The project also saw Contek install extensive new drainage infrastructure, including diversion inlet with isolation board from the stormwater system, outlet pit and a weir pit with penstock.

A sediment basin was formed with concrete base for ease of maintenance, and weir formed from double layer massbloc wall with reinforced concrete backing with screw pile foundations. Atop the weir, a steel and FRP boardwalk was constructed, connected to two new concrete footpaths. 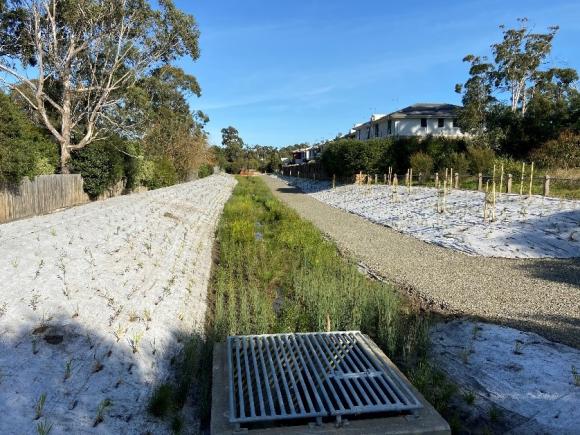 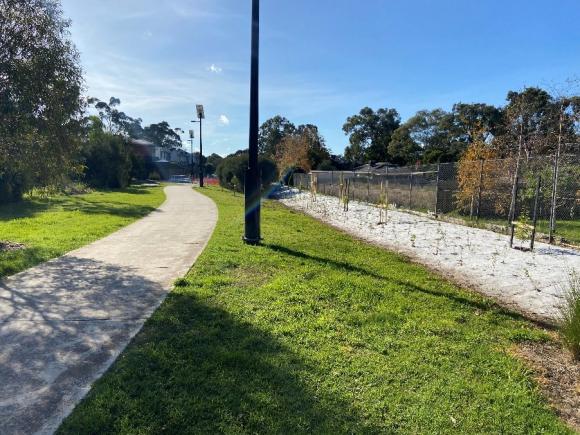 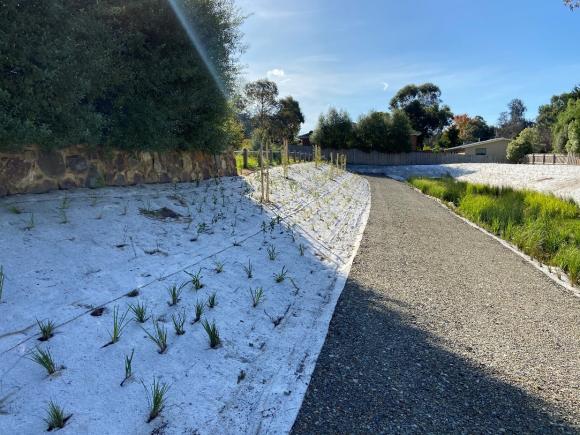 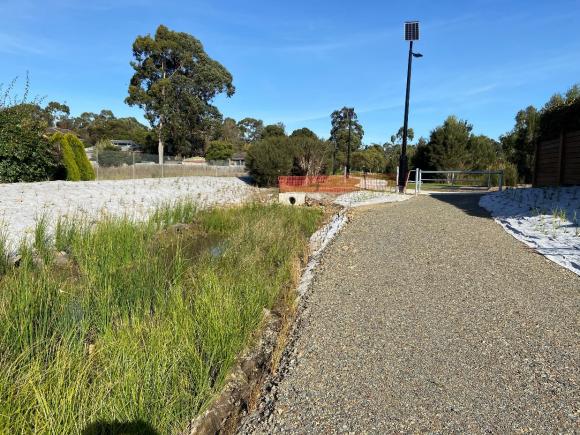 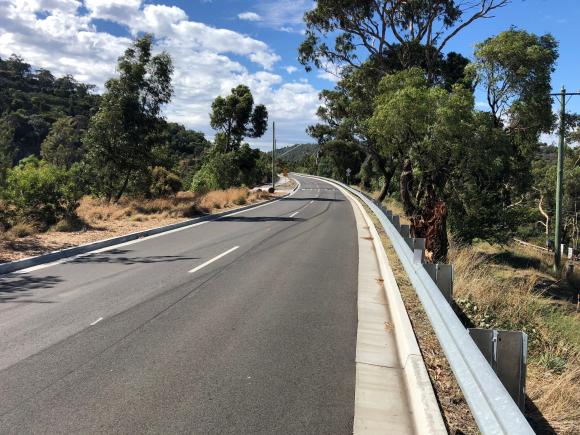 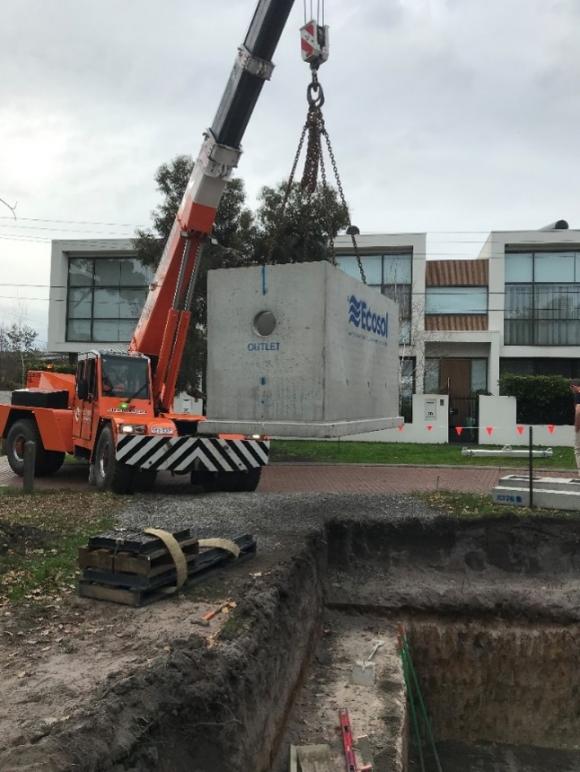 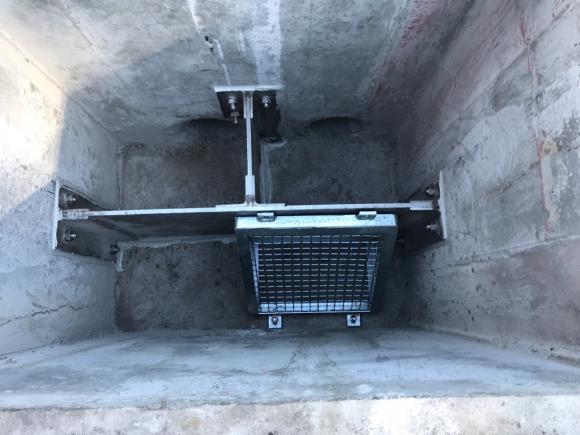 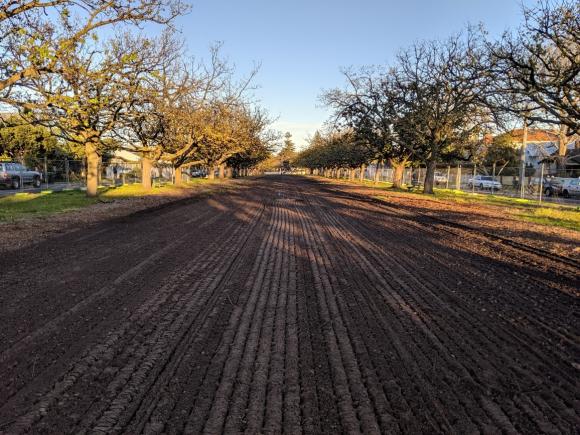 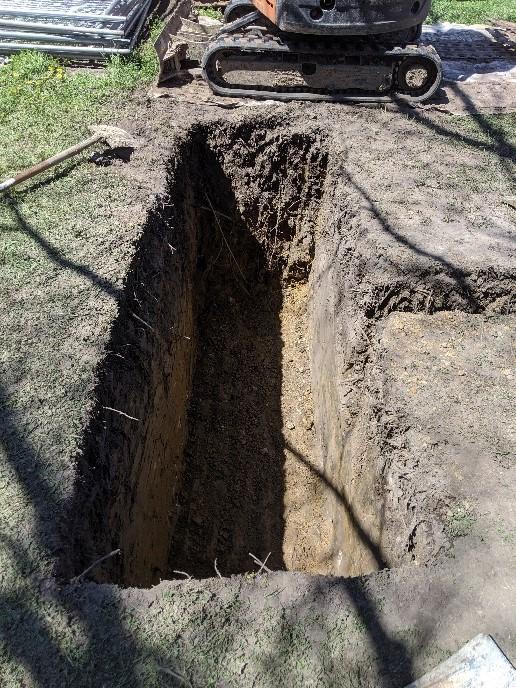